Lance & Cathy Grace own LG Squared Mini & RV Storage.  Lance is retired from the USAF while Cathy is an RN at Gerald Champion Regional Medical Center. 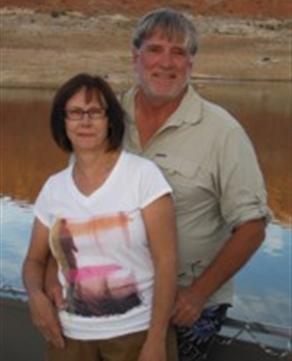 Lance & Cathy met while water skiing in Arizona while Lance was attending pilot training at Williams AFB while Cathy was attending ASU.  They were married in 1977 and bought a house in Mesa, AZ.   They sold that house 23 years later and used the proceeds to build the first phase of the LG Squared storage facility.

Lance & Cathy have three children: Brittany, Tyler and Clayton.  All three have been intimately involved with building and operating the facility. Brittany & Tyler live in Alamogordo while Clayton is in the USAF, currently at Warner Robbins AFB, GA. 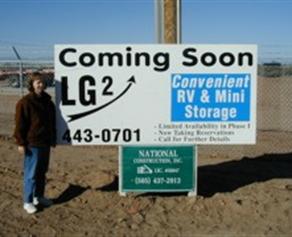 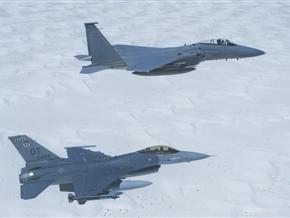 Lance entered the USAF as a cadet at the USAF Academy in the Class of 75. He had a unique carreer after pilot training, first as a T-38 instructor, than an operational F-4 fighter pilot and then as a test pilot in a variety of fighters.  His last assignment was at Holloman where he flew flight test missions on WSMR. He retired after 20 years with over 4,000 hours in over 60 types and models of aircraft, primarily the F-4, F-15, F-15E,    F-16, A-7 and T-38. 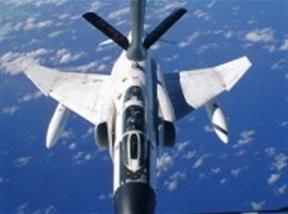 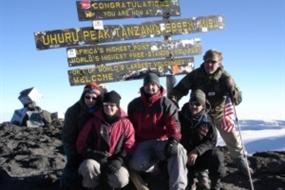 Cathy started off as a pediatrics intensive care RN in AZ.  But as an Air Force wife, she followed Lance around the country and world working in a variety of paid and volunteer positions as an RN.  At Edwards, she worked at NASA and helped with astronauts after shuttle landings.  Today, she is an RN in the infusion unit at the local hospital. Along the way, she raised 3 children and went with them to the top of Killimanjaro.

Lance's first post-retirement job was as the Executive Director of the NM Office of Space Commercialization where he dealt with the early days of Spaceport American.  He then became co-owner of a DoD Engineering Services company followed by co-owner of an Environmental company.  In addition, as a part-time paid hobby, for over 7 years, he flew F-4s for Tracor and eventually BAE Systems.  The F-4D pictured below, was his personal airplane.  Yes, it was way too much fun! 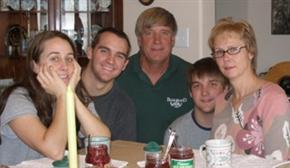 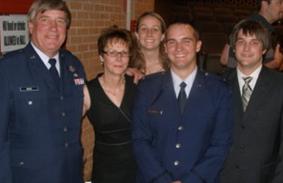